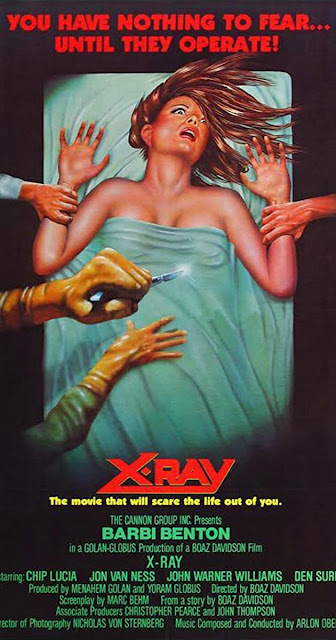 In case you are confused by the title, 1981's Hospital Massacre went by many monikers over the years. The title of the version we watched for this episode was titled X-Ray, even though it is the exact same movie.
For our watch along this time we were able to get more into the surreal aspect of the concept and the out there sense of humor. While the film still has clear faults (which you can hear about in the episode) the overall experience is much improved and we were much more able to get into it. This one might not be a classic, but it is quite a trip and worth watching if you dig the horror genre. There is nothing else quite like it--something Cannon was quite good at pulling off.
As a whole, we are definitely glad we re-watched this one!
Randy's Score: 3/5
JD's Score: 3/5
Up Next: Body & Soul!
Posted by JD Cowan at 8:52 AM No comments:

Email ThisBlogThis!Share to TwitterShare to FacebookShare to Pinterest
Labels: 1981, horror 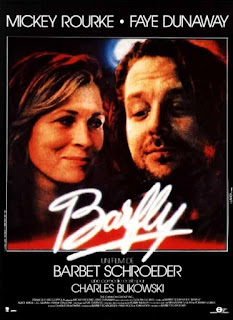 Cannon is back! Summer might not be over, but we've decided to go back to the grind with more flicks we missed in the first seven seasons. Today, it's Barfly from 1987, a movie that seems incapable of having a proper physical release in the region it was made.
From Charles Bukowski comes a small slice in the life of a poet going nowhere in the city of broken dreams. We follow Mickey Rourke in one of his most interesting performances as he meets Faye Dunaway and things seem to change for him. Or do they?
Barfly was one of Cannon's most critically acclaimed hits at the time it released, but does it hold up? Check out today's return episode to see!
Randy's Score: 4/5
JD's Score: 4/5
Up Next: X-Ray [Revisited]!
Posted by JD Cowan at 7:35 AM No comments: 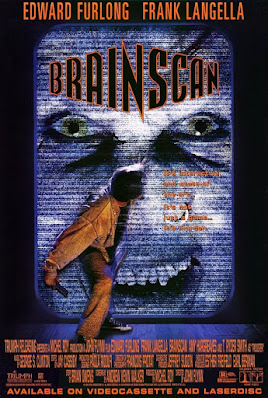 For the last episode of our special we thought we would look at something a bit different. This time we dove into the cult favorite, Brainscan, from 1994. This is a horror thriller about a teenager playing a video game that seems to invade his real life. Or does it?
Unfortunately, it doesn't quite do enough for us. We go why in the episode above. It nonetheless remains a good watch, but it was missing something to completely satisfy. We discuss what that is in the episode above.
That's it for out summer special, and thank you for helping us get to 100 Non-Cannon episodes! It's been quite the ride to get here. We still have some curve balls ahead of us. Nonetheless, have a great summer and we'll see you again next week!
Randy's Score: 2/5
JD's Score: 2/5
Up Next: Barfly!
Posted by JD Cowan at 8:25 AM No comments: 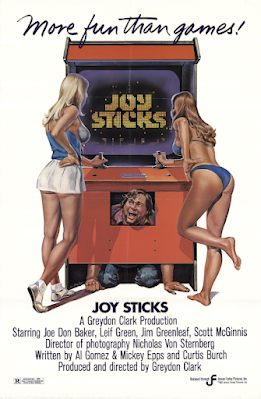 Bet you didn't expect this one. For this summer special we scanned high and low for films in this ballpark, and you would be surprised at just how uncommon they were. This one turned out to have little to do with our topic aside from trace bits, and yet those exact small parts turned out to be the best parts of it. That said, Joysticks is pretty typical of an earlier type of comedy, and not one we tend to cover here because we have little to say about it.
Suffice to say, if you see the poster then you pretty much can guess the entire plot before the movie even begins. However, you will not be able to imagine the amazing music, which is some of the best of its era. If you're a gamer, you really should hear it at least once. There isn't much else like it. The rest, not so much. Check out the episode above to learn why!
Randy's Score: 2/5
JD's Score: 2/5
Up Next: Brainscan!
Posted by JD Cowan at 9:09 AM No comments: 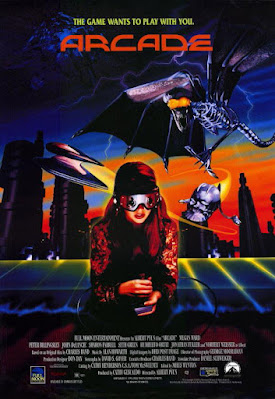 This time we went obscure again with one of our favorite directors to cover on Cannon Cruisers, Albert Pyun. This is his 1994 (1993, if you're German) horror movie Arcade. Of all the ones of his we've covered so far, it is probably the most obscure, though not the worst.
Stop me if you've heard this one before. A video game comes to life and starts attacking the people who play it, dragging them into its depths where our main character has to go in to save them. The makers of this one even got sued by Disney over similarities to Tron at one point, which meant they had to redo all of the early CG. And make no mistake--it's early CG.
That said, the film doesn't quite live up to its potential and makes some oddball turns that don't quite work. Check out today's episode to learn exactly why that is. You could do worse than Arcade, but you also could do much better.
Randy's Score: 2/5
JD's Score: 2/5
Up Next: Joysticks!
Posted by JD Cowan at 9:28 AM No comments: 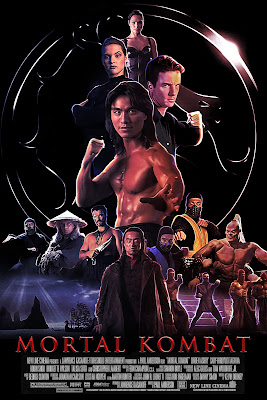 Chances are that you saw this one coming! Today we are covering possibly the most beloved video game movie adaption with 1995's Mortal Kombat. It is quite amazing how well this one holds up despite how much revisionism has tried to tear it down over the years. As far as adaptions go, this is still one of the best.
What has made this one stand the test of time is how much the production crew clearly loved and strove to adapt the source material as closely as it could. As such, with the Street Fighter II animated movie, it remains one of the most game accurate and exciting adaptions that was intensely influential upon its source material as well as remained a fan favorite to this day. And, believe it or not, it has managed to age in reverse, being one of the few that embraced its 1980s genre roots to the fullest. It truly doesn't get better than this.
We talk about why in today's episode. Mortal Kombat holds up better than you remember it does.
Randy's Score: 4/5
JD's Score: 5/5
Up Next: Arcade!
Posted by JD Cowan at 9:11 AM No comments: 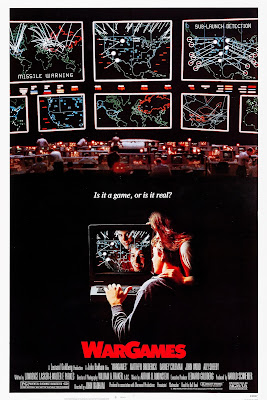 This week we decided on a bit of a curveball with the 1983 favorite, WarGames. Endlessly parodied and given constant tribute to this day, this is one of the earliest examples of a pure video game focused film, though not in a way you might figure, and definitely not in a way that could be made now. Essentially of it's time, but remaining rather timeless despite it, WarGames remains a fascinating movie that is a joy to watch.
This would normally be the part where we mention its deficiencies, but that is a lot harder than you might think. It is a very well put together film, even now, that holds up even if you want to watch it separate from the subject matter. Despite how often it has been referenced and parodied, WarGames holds up, and remains an enjoyable watch to this day.
Randy's Score: 4/5
JD's Score: 4/5
Up next: Mortal Kombat!
Posted by JD Cowan at 7:06 AM No comments:

Who are the Cannon Cruisers?

Hi! We're JD and Randy and we're the Cannon Cruisers. This blog is dedicated to our podcast centered on the '80s and '90s work of Cannon Films. We review one film a week, and have have fun doing so. Join us as we cruise the Cannon catalog!